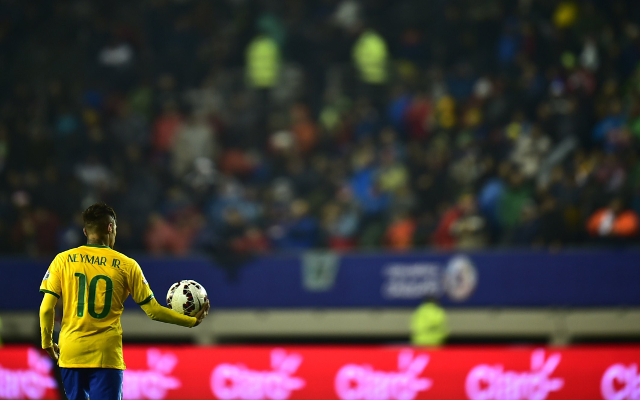 Manchester United are ready to offer Barcelona star Neymar a contract worth a cool £75m over a five-year period as the Old Trafford side continue to push for the completion of a world-record deal to sign the Brazilian, according to The Sun.

The 23-year-old has formed part of world football’s most mouthwatering attack alongside Lionel Messi and Luis Suarez, and played a key role in Barcelona’s treble winning triumph of 2014/15. As such, it’s hard to fathom why the striker would consider leaving the Nou Camp.

Indeed, Barcelona would be loathe to lose the former Santos man but the matter may be taken out of their hands if, as reported by The Sun, Man United meet Neymar’s £130m release clause, a fee that is way in excess of the world transfer record fee (via BBC Sport).

Barcelona brought in Neymar back in 2013 for a fee of £48.6m (via BBC Sport) and after a fairly average first campaign at the Catalan giants the talented attacker displayed his true potential last term.

The offer of a £300k a week contract, as reported by The Sun, may not be enough to convince Neymar to leave a side that is conquering all before them and Louis van Gaal may well have to look elsewhere as he seeks to strengthen his toothless attack.

United have scored just two goals in their opening three Premier League fixtures, and one of those came via a Kyle Walker own goal. As such, van Gaal has been linked with Bayern Munich’s Thomas Muller, with the German forward understood to be another target on the Dutch manager’s radar (Bild via the Independent).