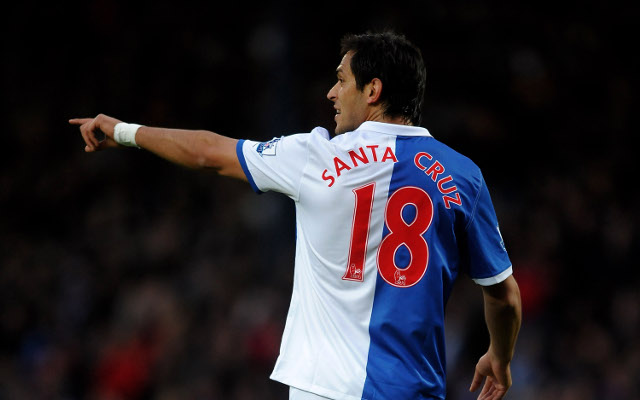 The Paraguayan frontman moved to Mexican giants Cruz Azul half a year ago, but has already returned to Andalucia on loan.

According to L’Equipe, he returns to Malaga for the season, having managed four goals in 10 outings for La Maquina.

This will be the third time the 34-year-old has signed for Malaga.

He first moved to La Rosaleda in 2012, when on loan from City, before signing permanently at the club a year later after making a positive first impression.

The experienced international has enjoyed a long career in Europe littered with success; while he had already left City by the time they won their first Premier League title, he is a five-time Bundesliga winner (all with Bayern Munich) and also won the Blackburn Rovers Player of the Season award in 2008.

He has also lifted both the Intercontinental Cup and the Champions League, which he won with Bayern in 2001.