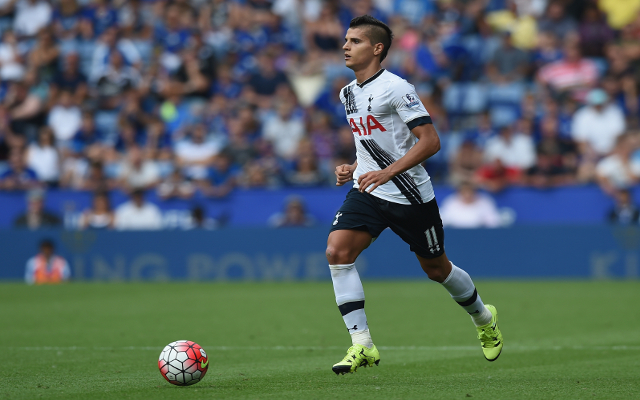 Inter Milan are in talks with Tottenham over the Serie A side’s interest in Erik Lamela according to the Argentine international’s father, reports the Gazzetta dello Sport [via the London Evening Standard].

Spurs paid a club record £30m for Lamela back in the summer of 2013 (via London Evening Standard) and the former AS Roma man hasn’t come close to justifying that outlay, finding himself in and out of Mauricio Pochettino’s starting eleven thus far this term.

Lamela’s tally of just two goals in 45 Premier League appearances shows just how disappointing an investment the North London side have made, and a move back to Italy may well be best for all concerned.

Mauricio Pochettino has been hard at work beefing up his transfer fund pot through the sales of numerous under-performing talents this summer, and Lamela could be the next out.

Any potential permanent sale would depend greatly on how much, or how little, Tottenham chairman Daniel Levy would be willing to accept for the South American.