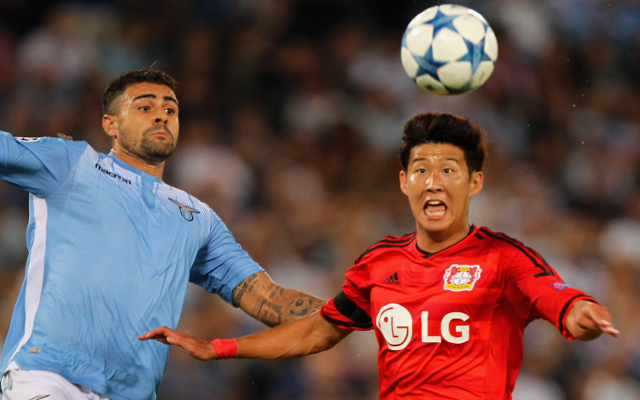 The 23-year-old has proven a big hit in Germany, first with Hamburg and then at the BayArena, and is said to be on his way to London to undergo a medical with the White Hart Lane side.

Spurs boss Mauricio Pochettino has spent the summer offloading a number of under-performing members of his squad and will now look to continue his push to improve his attack.

Pochettino has had to overly rely upon Harry Kane for an end product in the final third and signed Lyon forward Clinton N’Jie earlier in the month having successfully offloaded Roberto Soldado to Villrreal.

Tottenham’s interest in Heung-Min Son could be with a view to giving up on West Brom’s Saido Berahino, with the North London side having already failed with one bid for the Baggies forward.

Heung-Min Son is a consistent goal-scorer who has broken double-figures in each of his last three seasons.

Bayer Leverkusen face Lazio in a crucial Champions League qualifier on Wednesday evening and a failure to overturn the one goal deficit could hasten the South Korean’s potential move to the Premier League.