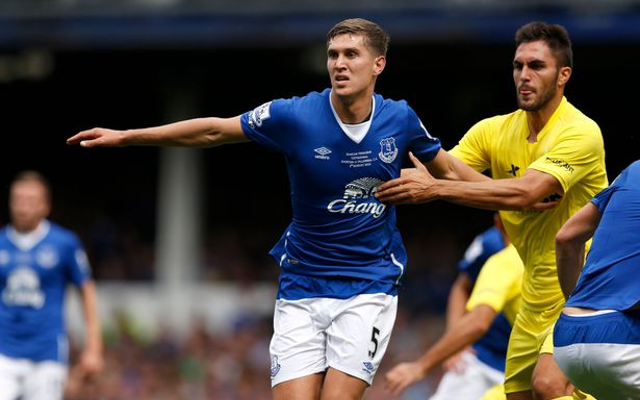 Chelsea, Manchester United and Manchester City will have to pay Everton a staggering £45m if they want to have any hope of signing John Stones this summer.

The England international has been linked with an exit from Goodison Park for much of the summer, with Chelsea seemingly leading the race for his signature.

Although Roberto Martinez has insisted the club will look to make a statement by refusing to let him go, it may be that £45m would be too good to turn down.

According to The Sun, Everton will test the Blues’ desire to sign Stones, who would become the second most expensive English player of all time if he moved for that price.