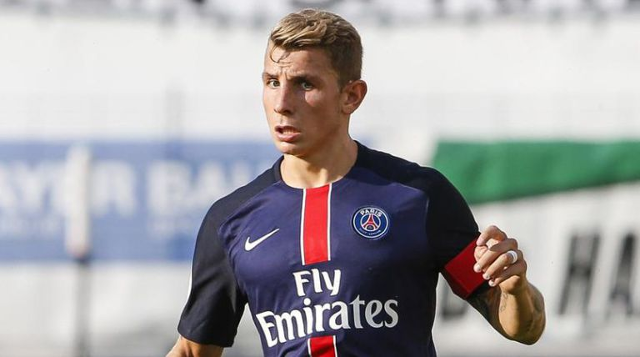 PSG defender Lucas Digne has completed a move to join AS Roma on loan.

The French left-back has joined the Giallorossi on a season-long loan deal, with the Serie A heavyweights paying €2.5m for the year, according to L’Equipe.

The 22-year-old will replace former Arsenal, Chelsea and England star Ashley Cole at Roma, with the left-back having been released from his contract with the domestic giants during the summer.

Digna moved to PSG from LOSC Lille in 2013, but despite picking up a pair of Ligue 1 winners medals at the Parc des Princes, he has failed to realise his potential. Digne has largely remained a backup for first-choice left-back Maxwell, while the arrival of Layvin Kurzawa from AS Monaco further pushes him down the pecking order.

The defender had been linked with a move to Liverpool earlier in the summer. The Reds lost another full-back, Javier Manquillo, when they ended his loan deal early, while Jose Enrique has rarely enjoyed Brendan Rodgers’s trust and has also been tipped with a move away from Merseyside.

With Digne having moved to Roma, it remains to be seen whether Liverpool will recruit another player to compete with Joe Gomez and Alberto Moreno for the left-back berth.