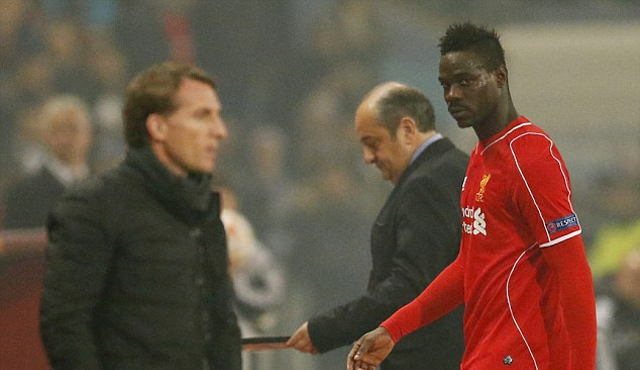 Liverpool flop Mario Balotelli hit out at the tactics of manager Brendan Rodgers after leaving the club on loan to AC Milan for the 2015/16 season.

The Italian international endured a nightmare spell at Anfield, scoring only one Premier League goal throughout the entire 2014/15 campaign.

Speaking after sealing his move to the San Siro, Balotelli said that he felt Rodgers’ tactics were not suited to his style of play, which more or less confirms rumours of tension between the two during his time at the club.

“I must accept my faults,” the 25-year-old is quoted in the Metro.

“But the formation chosen by [Brendan] Rodgers was not suited to my characteristics.

“At the start I messed up a lot of easy chances, then I had fewer opportunities to score, a bit of bad luck and injuries. It was a mess.”