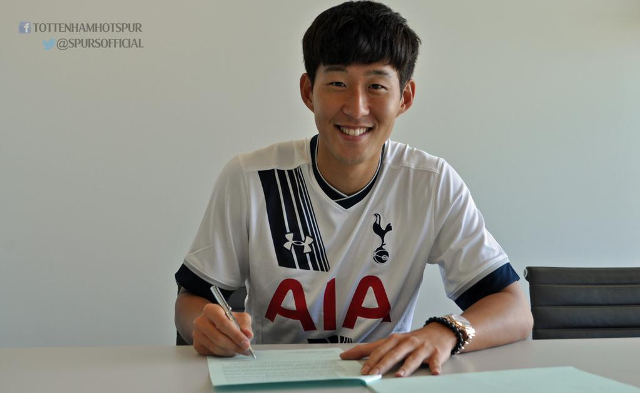 Tottenham have announced the signing of South Korean forward Son Heung-min from Bayer Leverkusen for an undisclosed fee believed to be in the region of £22m.

The north London side have confirmed the deal on their official Twitter feed, with the 23-year-old set to wear the number 7 shirt at White Hart Lane.

Regarded for some time as one of the best talents in Germany, Son has been linked with several big clubs prior to his move to Tottenham, and should prove a great buy for Mauricio Pochettino’s top four-chasing side.