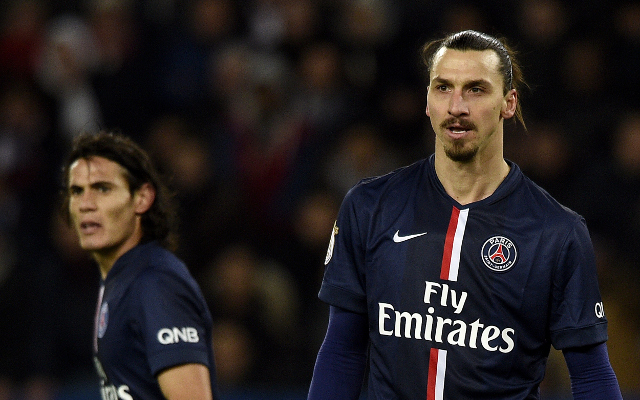 Juventus are currently leading the race to sign Paris Saint-Germain striker Zlatan Ibrahimovic ahead of the likes of Arsenal and Manchester United.

The Italian giants are looking for new additions up front after letting the likes of Carlos Tevez and Fernando Llorente go this summer, and Ibrahimovic is now on their radar as he could quit the Parc des Princes.

The Sweden international has played for the Turin club before, and has also been targeted by another of his old sides AC Milan as his future has looked uncertain.

If Fichajes.com‘s claim that the veteran forward will move to Juventus is correct, it could also be a blow for Arsenal and United as they also target Edinson Cavani from the Ligue 1 giants.