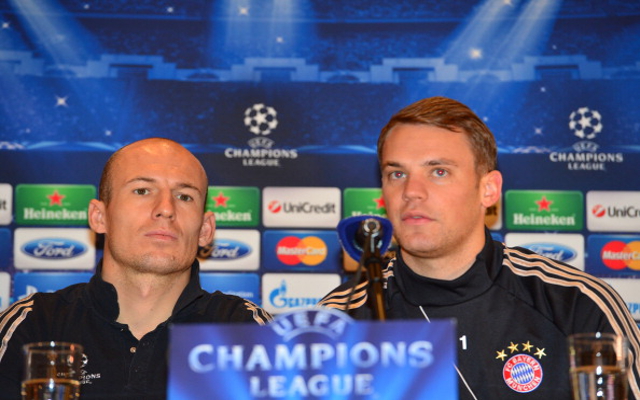 Manchester United have ser their sights on another Bayern Munich player to sign before the end of the summer, with reports that Louis van Gaal wants a reunion with Arjen Robben.

The Red Devils have been linked with the Netherlands winger in the past, but it seems they are now stepping up their interest with an mammoth £73m bid, according to the Daily Telegraph.

SEE ALSO:
Man Utd player ratings FIFA 16 – find out who’s set for an increase!
Fifa 16 young players set for a ratings increase, including Pogba!
Best wingers in the world – Robben in our top 20!

United need a world class attacking player after losing the likes of Robin van Persie and Angel Di Maria this summer, whilst also missing out on Pedro to rivals Chelsea.

Robben would be expensive, but certainly a fine alternative out wide with a proven record of scoring goals and playing in sides that win the biggest games and competitions.