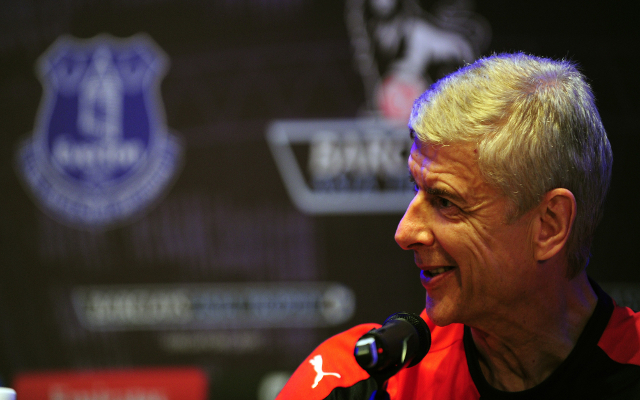 The teenage striker has signed for the Emirates Stadium heavyweights [The Sun via the Mirror], after having risen in the public conscious after scoring a wonder goal for Ipswich’s youth side.

A video of the goal—which has soared beyond 1,000,000 views on You Tube according to the Mirror—shows the Tractor Boys retaining possession a la Barcelona, playing their opponents off the park with a series of sharp passing and tiki-taka football, before surging forward in a wondrous counter-attack.

The breathtaking move is finished off by Clarke, who fires calmly past the opposition goalkeeper after bursting into the box.

While the young talent should be a delightful addition to Arsenal’s academy, the club are yet to secure the kind of high-profile striker that could transform their title aspirations.

Olivier Giroud—who missed a handful of chances after entering the fray against Newcastle United on Saturday evening—has not yet convinced as the Gunners’ leading man, and Theo Walcott was even given a starting berth in attack against the Magpies.

As a consequence of Giroud’s limitations, the likes of Karim Benzema [The Guardian], Pierre-Emerick Aubameyang [Daily Mail] and Edinson Cavani [Fichajes via Metro] have been linked with a move to the Emirates Stadium, although with the clock ticking down until the window closes, none of the three players look any closer to joining Arsene Wenger’s outfit.