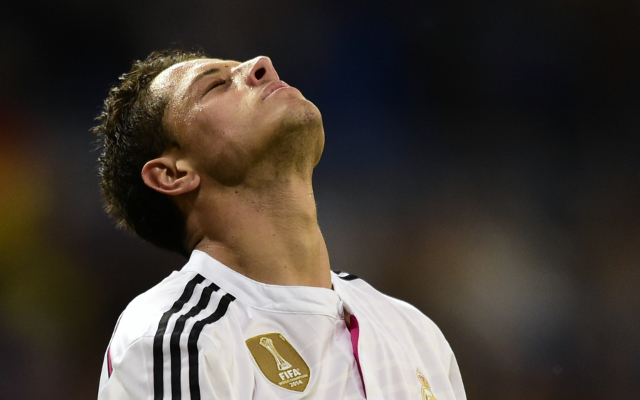 Despite looking like he might have a role to play for Manchester United this season, Javier Hernandez has been told that he is surplus to requirements this term and will be allowed to leave.

The Mexican forward spent last season on loan at Real Madrid, but the club ultimately opted not to sign the international on a permanent deal [Daily Mail].

The likes of West Ham United, Torino, Tottenham Hotspur [all Independent] and Orlando City Soccer Club had been linked to the player’s signature [Orlando Sentinel], but a move never materialised.

As the season began, it had appeared as though Chicharito might have earned a reprieve at United, with Louis van Gaal indicating that he would have a role to play for the Red Devils over the 2015-16 campaign [Express].

Indeed, Hernandez has already featured in the Premier League this term, albeit without making a tangible impact in offensive areas, while he missed a penalty against Club Brugge in the Champions League playoff.

Surprisingly, despite van Gaal’s comments and his reintegration into the side, he looks to have come to the end of the road in Manchester, with the player being told that he is free to leave Old Trafford according to the Daily Mail.

The same source report that Bayer Leverkusen is likely to be his next destination, with the German side reportedly keen to bolster their offensive options ahead of their upcoming Champions League campaign.

Bayer are pooled with Barcelona, AS Roma and Bate Borisov.