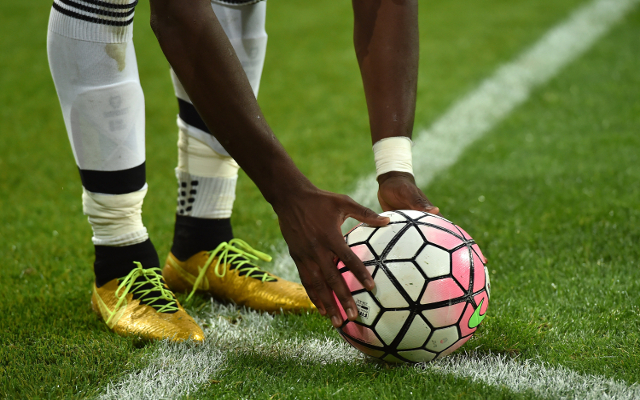 Chelsea have been told that the transfer target Paul Pogba is available for a fee of €150m (£109m) according to Italian source Gazzetta dello Sport (via The Daily Express).

The 22-year-old is arguably one of the hottest young prospects in world football and as such, the price tag on his head would always be a hefty one, although the fee outlined by this source could prove a real stumbling block for any prospective suitor.

Chelsea boss Jose Mourinho has seen his side begin their Premier League title defence in shocking fashion, with the West London side winning just one of their opening four fixtures.

The Blues are now already eight points off the pace set by rivals Man City and have yet to keep a clean sheet, with their latest struggles coming at home when they were defeated by Crystal Palace on Saturday.

Whilst defeat to Man City was perhaps not a huge shock, the Stamford Bridge side’s inability to claim three point hauls from home fixtures with Swansea City and Palace will have left Mourinho very concerned indeed.

Juventus brought in Pogba back in 2012 after the French international ran down his Man United contract, and he has since matured into a superb player.

The rangy midfielder has helped his Turin-based side to three successive Serie A titles in his time at the club and was a pivotal part of Massimiliano Allegri’s Champions League runners-up side in 2014/15.

Juventus lost their Serie A opener to Udinese, and Allegri has seen quality players Arturo Vidal, Carlos Tevez and Andrea Pirlo leave over the summer. He would be loath to lose Pogba in the same transfer window.

The Daily Express claims Chelsea are the favourites to sign Paul Pogba, a potential addition that would certainly act as a real statement of intent by the West London outfit.