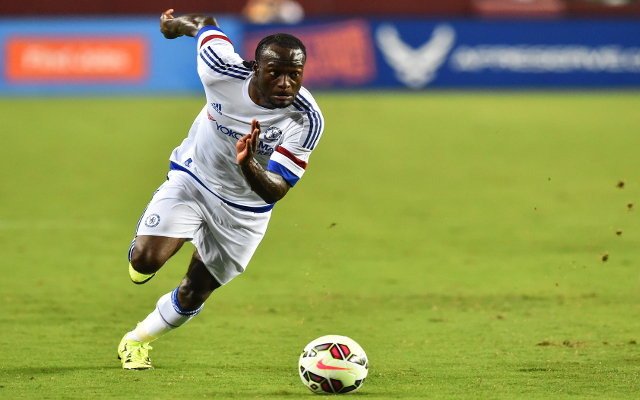 West Brom are keen to land Chelsea bit-part player Victor Moses according to the Sunday People via the Birmingham Mail.

The 24-year-old Blues attacker has spent the last two seasons out on loan and hasn’t played a senior fixture for Chelsea since May 2013. Subsequently, he is way down Jose Mourinho’s first-team pecking order.

The likes of Eden Hazard, Pedro and Willian stand in the way of the former Crystal Palace man, and a permanent Stamford Bridge exit may be best for all concerned.

The Birmingham Mail states Victor Moses is valued at £10m but that the Baggies would look to bring in the speedy wide-man in for less, or potentially in a loan deal.

West Brom boss Tony Pulis saw his side bag their first win of the season with a 1-0 away triumph at nine-man Stoke City at the weekend and may feel Moses can offer another strong option in the final third.

Pulis has already brought in Salomon Rondon for a club record £12m fee (via BBC Sport) as well as Liverpool forward Rickie Lambert, and West Brom still retain the services of Saido Berahino despite ongoing interest from Tottenham (via the Daily Telegraph).

Victor Moses netted ten goals in his debut season at Chelsea but has failed to impress Mourinho sufficiently to secure a meaningful role in his plans.

Last season, Moses impressed at Stoke City, scoring four goals in all competitions, and looked far more effective than he did in his previous loan stint at Liverpool the season before.