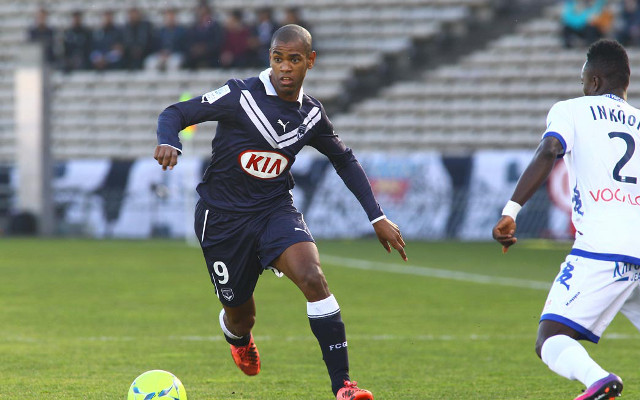 Newcastle United, Aston Villa and Stoke City are set to be disappointed in their hunt for Girondins de Bordeaux frontman Diego Rolan as the player signed a new contract with the Ligue 1 side.

According to L’Equipe, the Uruguayan frontman has decided to stay with Willy Sagnol’s side this season and has put pen to paper on a new deal, tying him to the club until 2018.

“There were some offers,” the international began, speaking after the club’s 2-0 victory over Nantes on Sunday, as per L’Equipe, “but I decided to stay at Bordeaux, we will continue together this season.”

The forward is set to join the Uruguay national team imminently ahead of the upcoming international break.

The Chronicle Live reported earlier in the month that Newcastle were keen on the forward, but quoted Le 10 Sport, who revealed that Bordeaux had slapped a €20m (£14.5m) price tag on the player.

All four sides will now need to look elsewhere due to Rolan’s commitment to Bordeaux.

Villa, in particular, appear desperate to bring in a frontman this summer, and their failure to recruit Rolan may prompt Tim Sherwood to up his efforts to bring Tottenham frontman Emmanuel Adebayor to Villa Park.