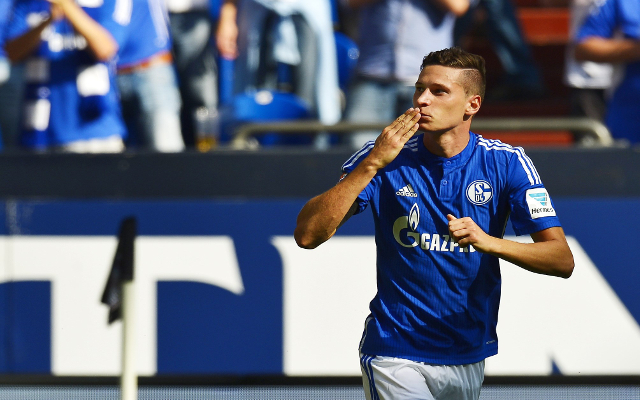 Man United have set their sights on Schalke midfielder Julian Draxler according to the Daily Telegraph.

The 21-year-old German international was a long-term target for Premier League side Arsenal and is now considered a more cost-effective option than fellow countryman Thomas Muller.

Old Trafford chief executive Ed Woodward is said to have become exasperated with moves to bring in a Marquee signing to top off the club’s summer spending and is ready to turn to Draxler, who is available for a very reasonable ‘bargain’ £21m fee.

Man United lost out in the race for Pedro, the Barcelona man opting instead to join Chelsea, whilst ambitious moves for Thomas Muller and Neymar have little or no likelihood of success.

Draxler has told Schalke he has no intention of signing a new contract and this has led to speculation of a late transfer for the promising youngster.

Though Julian Draxler has been sidelined with injuries for much of the last two years the playmaker has still managed to rack up 171 appearances for Schalke and has 15 national team caps to his name and is a player with undoubted potential.