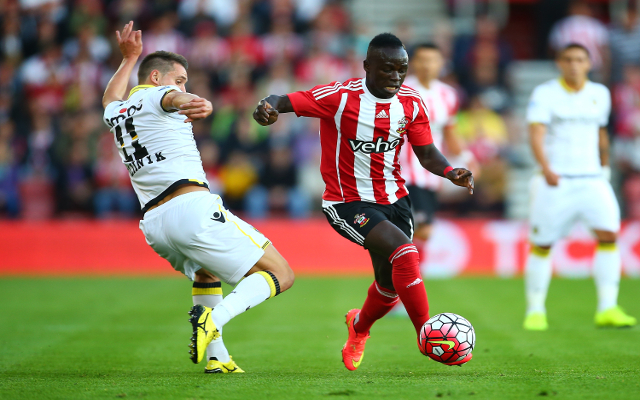 Manchester United are ready to spend more than £20m to secure the services of Southampton winger Sadio Mane according to the Daily Telegraph.

Louis van Gaal has seen his side struggle to break down opposition defences in Premier League action this season and lack a cutting edge in the final third, with Man United bagging just two goals in their opening three Premier League fixtures. Arguably the Dutch manager’s wide-attacking options have failed to deliver in domestic action.

Speedy Senegal international Sadio Mane scored ten goals in 23 Premier League starts last term and is the type of direct running attacking threat that can scare the life out of full-backs. Having already completed St Mary’s raids to bring in Morgan Schneiderlin and Luke Shaw over the past year, the Old Trafford side may be confident of completing a hat-trick of acquisitions.

England international Ashley Young, who signed a new contract earlier this month (via the official Man United website), started Man United’s Premier League opener with Tottenham but has been bench bound since. Juan Mata has proven ineffective in the main thus far this term and as such a new wide-attacking acquisition would be a sensible option to pursue, especially after selling Angel Di Maria to PSG.