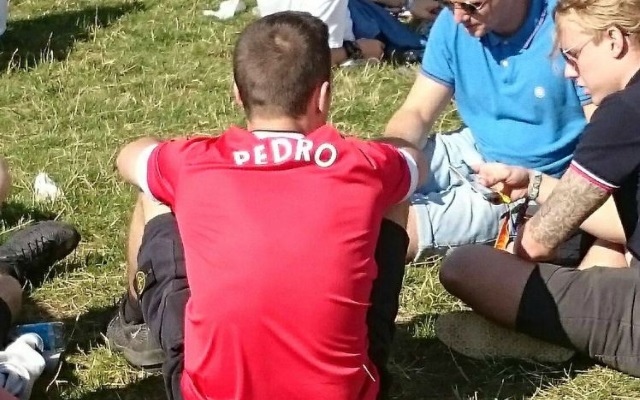 A Manchester United fan has been spied at the Leeds Festival wearing a Red Devils shirt with the name of Chelsea new boy Pedro emblazoned on the back.

The move came despite intense interest from United, with Louis van Gaal understood to be keen on bringing the 28-year-old to Old Trafford to bolster his attack.

While Pedro failed to inspire Chelsea in their surprise 2-1 home defeat against Crystal Palace, he was in superb form on his debut against West Bromwich Albion, finding the net in a 3-2 triumph.

One United fan must have taken his successes badly, having clearly hoped that the Barca forward would move to the Theatre of Dreams.

We can only extend the firm hand of sympathy to this young chat, both for his disappointment and for the stick he must surely have received from Chelsea fans during the Leeds festival.