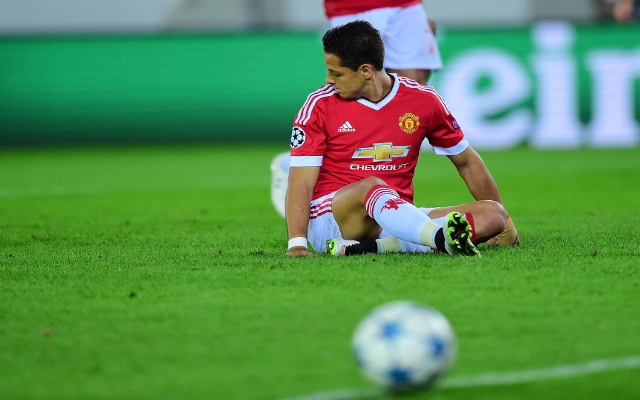 Manchester United striker Javier Hernandez is understood to want a move to Bundesliga side Bayer Leverkusen over a switch to Premier League side West Ham United, according to the Daily Telegraph.

The Mexican hitman looks to have come to the end of the road at Old Trafford, and has been told that he is surplus to requirements, according to the  Daily Mail.

The 27-year-old forward spent last season on loan at Real Madrid but was ushered back into the Man United first-team set-up in pre-season and has made several cameo appearances this term.

The Mexican international missed a penalty during Man United’s 4-0 away win over Club Brugges in their Champions League qualifier earlier in the week and is certainly not a first-team regular under Louis van Gaal. A permanent move elsewhere could help re-ignite the usually-lethal finisher’s career.

The Daily Telegraph claims Bundesliga side Bayer Leverkusen are keen on Chicharito and that their involvement in the Champions League means the Man United man prefers a switch to the German side over a possible move to West Ham, with the Hammers also keen on the frontman.

United brought in the Guadalajara-born forward back in 2010, and when called upon, the instinctive finisher has proven very capable. His tally of 59 goals in 156 appearances is all the more impressive when you consider 71 of those appearances came from the bench.

Bayer Leverkusen saw South Korean forward Heung-Min Son move to Tottenham earlier this month (via the official Tottenham website) and Hernandez could act as a very able replacement for the 23-year-old.