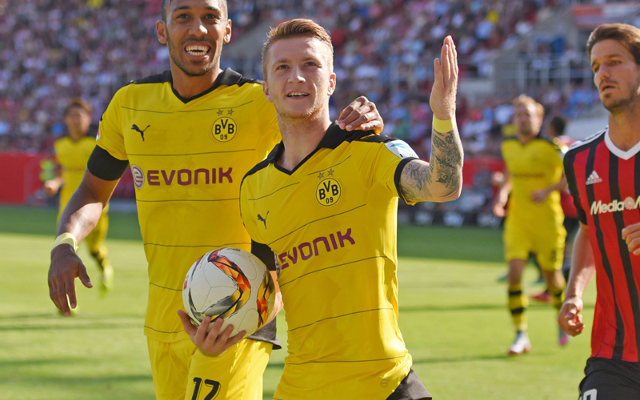 Barcelona are preparing to pay £25m to try and sign Borussia Dortmund forward Marco Reus ahead of a number of Premier League clubs this January.

The German international is one of the best attacking midfield players in the world at the moment, and has also been strongly linked with the likes of Arsenal, Liverpool, Chelsea and Manchester United in the past.

With no Champions League football on offer at Dortmund this season, Reus could be persuaded to move to a bigger club, according to Spanish source Fichajes.net.

Barca could do with more signings in attack after losing Pedro this summer, and there’s no doubt Reus fits the bill in terms of being a world class performer with pace, creativity and an eye for goal.