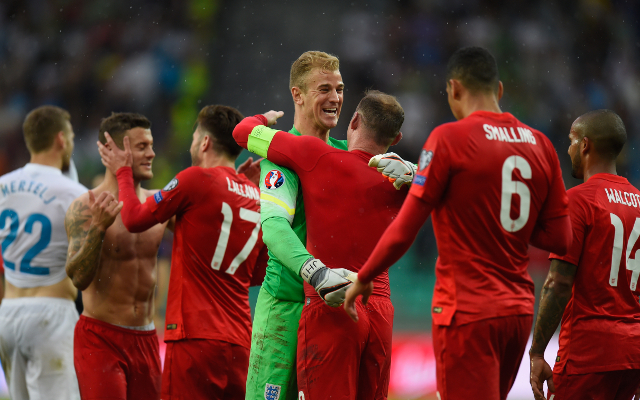 The squad announcement for the England national team’s upcoming Euro 2016 qualifiers has been met with a mixed reaction on social media.

The Football Association’s official website provided details of the Three Lions squad on Sunday night as manager Roy Hodgson decided to reward Swansea midfielder Jonjo Shelvey and Manchester United defender Luke Shaw for their excellent performances at the start of the season.

Captain Wayne Rooney, who is yet to register a league goal for the Red Devils, will have the chance to create history and become the national team’s all-time leading goalscorer as he will approach games against San Marino and Switzerland just one behind Sir Bobby Charlton’s record of 49.

However, there has been a few players who may feel disappointed at missing out on the latest squad as the likes of Crystal Palace duo Scott Dann and Jason Puncheon have impressed in the past six months, but not enough to catch the attention of Hodgson.

Take a look at the reaction from some on Twitter:

Apart from the keepers that selection looks like a very average bunch of players #eng https://t.co/GWYmheSMix

Out of all the England squad Jonjo Shelvey definitely deserves his spot. #Eng

Without doubt the worst England squad I’ve seen in my lifetime. Including the one with Michael Ricketts in. #ENG

#eng fans when they see the squad #bpl #england pic.twitter.com/Zsj96IR7Fy

Scott Dann is better than Chris Smalling and Phil Jones, but it’s ok because #ENG are building a family not a football team.