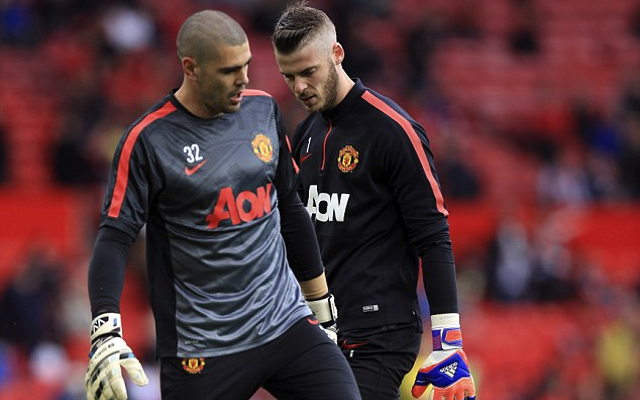 Manchester United could be set to keep hold of unsettled goalkeeper Victor Valdes this summer in a surprise twist, with the Spanish international backing out of a move to Besiktas, according to BBC Sport.

The 33-year-old looked all set to make an exit from Old Trafford after reportedly falling out with manager Louis van Gaal (via ESPN), and it looked as though a move to Turkey was on the cards, according to a report from The Guardian earlier this week stating that terms were agreed.

Still, it seems Valdes has decided against joining Besiktas, and could end up staying at the club for the season ahead as BBC Sport adds that a deal for David de Gea to join Real Madrid is still possible.

With De Gea surely heading out of Manchester after being left out of Van Gaal’s squads for the first five games of the campaign, Valdes could prove a useful backup option, even if he is some way from being first choice at the moment.

An experienced player who has played his part in winning huge trophies for Barcelona, the veteran shot-stopper surely has something to offer this new-look Red Devils side with a number of inexperienced youngsters in the first-team.

Still, the BBC insist a fee has not yet been agreed for De Gea, although the Mirror via the Independent report that a £30m move is likely to go through by Tuesday.