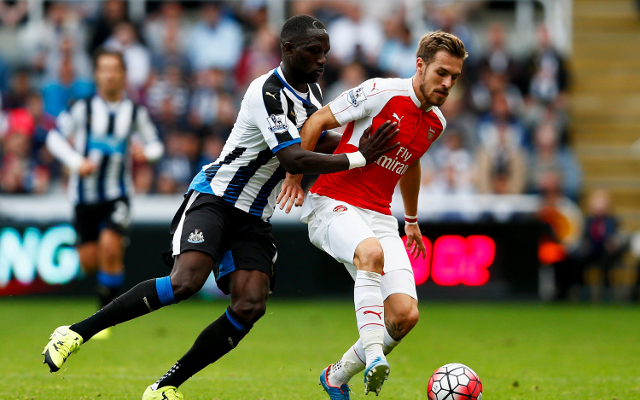 Arsenal midfielder Aaron Ramsey says he feels criticism of the team has been harsh and says it’s too early to judge their form, Mirror Sport reports.

Sky Sports pundit and former Manchester United defender Gary Neville then blasted Arsene Wenger for not bolstering the squad with the right additions to enable them to challenge for the championship.

The FA Cup holders responded on the pitch with a 1-0 victory over 10-man Newcastle United at the weekend to go into the international break with seven points from their first four games of the new season and Ramsey is hoping the side can string together a decent run of form when they return:

“It’s too early now, you can’t read too much into how the table is looking,” the Welshman insisted.

“You have to wait 10 games and see where you are then.”

“Teams are going to have upsets and so many things can happen in this league.”

“Hopefully that opening-day upset against West Ham will be our only one for a long time.

“If we go on a run now after the ­international break, and win our next five or six games, then we will be there or thereabouts again,” Ramsey added.

Following the two-week break from domestic action, the Gunners welcome Stoke City to the Emirates as they go in search of a first home win of the season.