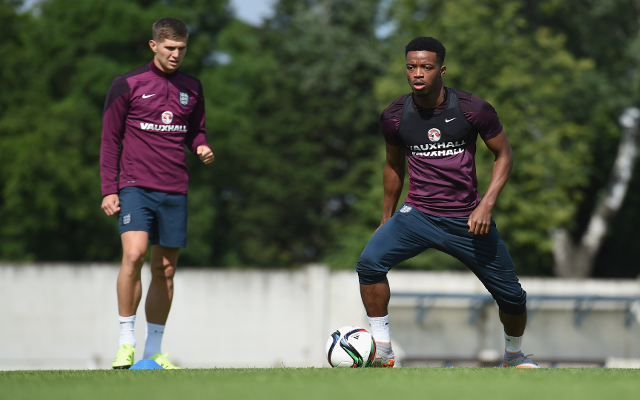 Chelsea youngster Nathaniel Chalobah is set to join Serie A side Napoli according to the Daily Mail.

The 20-year-old is yet to make a senior appearance for the Blues and has spent the past three seasons out on loan spells and has just four Premier League matches to his name, accrued during his stint at Burnley.

Chalobah is considered a hot prospect and has already featured 21 times for the England Under 21s, but is seemingly still not part of Jose Mourinho’s first-team plans.

The Sierra Leone-born starlet can play as a defender but is more regularly used in a central midfield role, and the Daily Mail state that Chalobah is in Naples completing his short-term switch to the San Paolo.

In a holding/defensive midfield role, Chalobah has the likes of Nemanja Matic and John Obi Mikel barring his path to a starting spot and in the centre of defence John Terry, Gary Cahill and Kurt Zouma are ahead of him in the pecking order. The talented Chelsea youngster may have to think long and hard about how to best progress his career and whether his future lies at Stamford Bridge.

Nathaniel Chalobah has represented Chelsea since the age of ten, having initially joined Fulham’s academy, but is still to play a part in first-team duties.