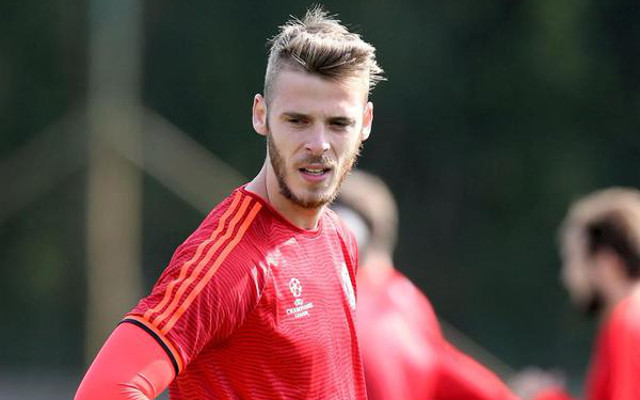 David De Gea could be set to stay at Manchester United after his proposed transfer to Liga BBVA giants Real Madrid has stalled because the paperwork was not submitted before the Spanish window closed.

It had been reported earlier on Monday that the two clubs had agreed a fee for the goalkeeper after a whole summer of speculation and the deal was set to see Keylor Navas move in the opposite direction as makeweight in the deal to take De Gea to the Santiago Bernabeu.

However, Sky Sports Spanish football expert Guillem Balague broke the news via his official Twitter account on Monday night that the 24-year-old looks set to stay at Old Trafford following an extraordinary set of events in the past few hours.

The documents did not arrive on time!!!!!! Presentation was ready. All agreed. But as it stands de Gea stays at MUFC!!

Should De Gea not complete his move to Los Blancos then it remains to be seen whether United manager Louis van Gaal will restore the stopper as his number one choice for the remainder of the season or stick with summer signing Sergio Romero, who came in for criticism following his performance against Swansea City at the weekend.