Victor Valdes has dropped a huge hint that he could stay at Manchester United for the remainder of the current season.

The former Barcelona stopper joined the Red Devils on a free transfer in January, but has only made two first-team appearances since his arrival in England.

David De Gea’s brilliant form in the between the sticks was a major reason behind Valdes being limited to games for the U21’s towards the end of last season and it appeared he was set for a swift exit from the Barclays Premier League at the start of the summer.

Manager Louis van Gaal left the experienced out of the pre-season squad for their tour of the United States and then accused him of refusing to play for the reserves during the 2014-15 campaign [via Sky Sports].

Valdes responded to those claims with a post on social media proving that he had taken part in games for the reserve team and at that stage he looked certain to leave.

However, after his proposed move to Turkish outfit Besiktas fell through last week and De Gea’s imminent departure to Liga BBVA giants Real Madrid, the 33-year-old has hinted he is set to stay in Manchester after updating his official Facebook page. 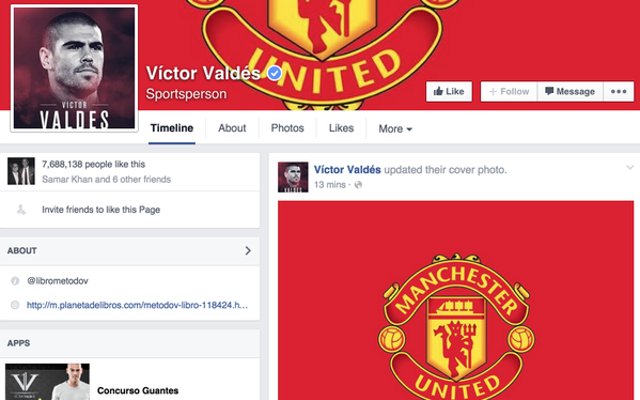