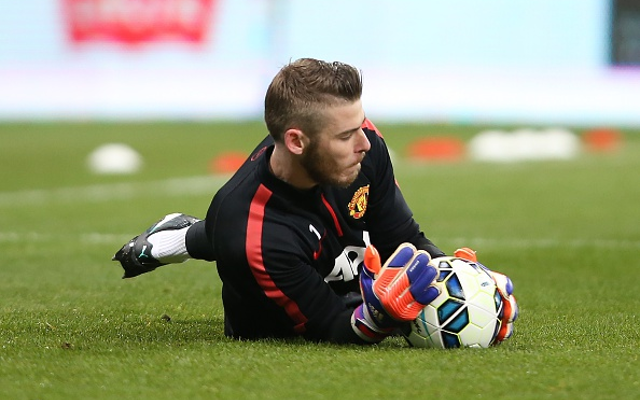 Manchester United goalkeeper David De Gea appears to finally be on the verge of signing for Liga BBVA giants Real Madrid and there has been a huge reaction to the news on social media.

The Spaniard has been heavily linked with a move to Los Blancos for the entire summer transfer window and looks set to join the club before the European transfer window shuts tonight.

Reports suggests a fee has been agreed between the two clubs and Keylor Navas is set to move in the opposite direction as makeweight in the deal to take De Gea to the Santiago Bernabeu.

The 24-year-old’s last competitive appearance came in the 1-1 draw against Arsenal at Old Trafford in the penultimate fixture of the 2014-15 campaign and has been left out of all six games for the club at the start of the new season.

With Sergio Romero making a mistake in the 2-1 defeat against Swansea City, it appears United supporters are unhappy with De Gea’s imminent departure on Twitter:

It’s been obvious De Gea will be going all summer but they haven’t signed a good replacement and alienated his able deputy.

It’s not like Real have drastically upped their De Gea offer. This could’ve all been done weeks ago & we’d have had a replacement. Shambles!