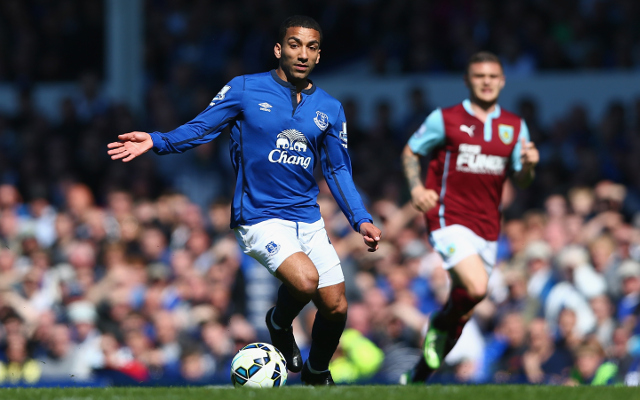 Having confirmed the signing of Argentine defender Ramiro Funes Mori, Everton will turn their attention to negotiating a deal with Tottenham Hotspur for winger Aaron Lennon – who spent the second half of last season on loan at Goodison Park – Phil McNulty of BBC Sport reports.

McNulty claims that Roberto Martinez, the Toffees manager, was left impressed by the performances of Lennon during his loan spell last term, and is eager for the 28-year-old to continue his career on Merseyside.

Lennon is out of contract with Spurs at the end of next summer, and is therefore likely to be available at a cut price now if a fee can be agreed before the close of the window later this evening.

Mauricio Pochettino, the Spurs manager, appears to have little desire to include the England international in his plans at White Hart Lane, and it would therefore arrive with little surprise if his north London exit is announced in just a few hours time.

Meanwhile, the major Everton news regards the future of John Stones – who handed in a transfer request seven days ago – and the London Evening Standard claim that Chelsea are confident of landing the centre-back, but will now wait until January to submit another offer.