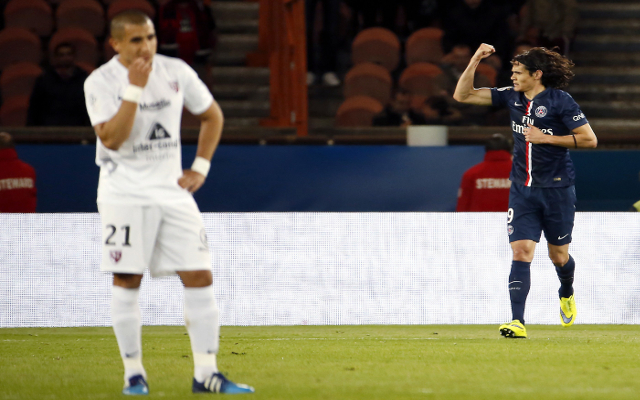 Emirates Stadium side set to welcome in Ligue 1 goal-machine.

The source quotes a supposedly ‘respected’ Twitter account that states that the Gunners will pay an initial £43m fee for the 28-year-old South American and that an additional £2m in add-ons would bump up the price to a total of £45m, constituting a club record deal for the North London side.

The same source then claims Arsene Wenger is set to fly out to the French capital to ‘finalise’ a deal that that would greatly improve Arsenal’s striking options.

Edinson Cavani has been a prolific goal-scorer at the Parc des Princes, this despite being regularly used in a wide-attacking role by PSG boss Laurent Blanc, and his potential move to the Emirates Stadium would certainly boost Arsenal’s toothless attack.

Current first choice striker Olivier Giroud is by no means a lethal finisher and back-up option Theo Walcott is clearly far better suited to a role on the flank, and having failed in his attempts to land Real Madrid forward Karim Benzema is it plausible that Wenger would consider a move for Cavani.

Cavani scored 56 goals in his first two seasons at PSG, helping the club to back-to-back Ligue 1 titles, and has netted twice thus far this term.

The powerful marksman was a huge hit in Naples prior to his move to PSG, scoring 104 goals in three seasons at the San Paolo before his £55m move to France two years ago.