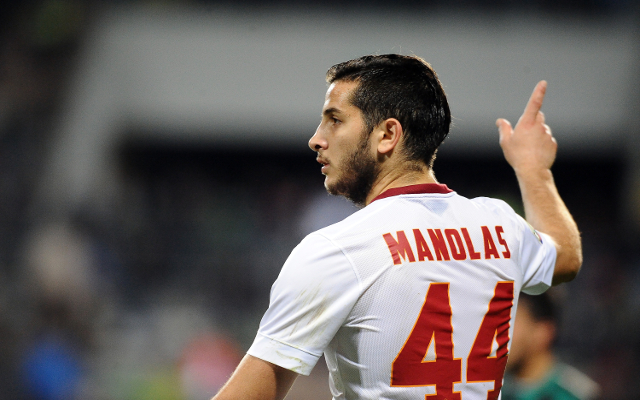 Chelsea have set their sights on AS Roma defender Kostas Manolas according to Italian source TuttoMercato.

The 24-year-old Greek international would provide further strength in depth in the central defensive area with Jose Mourinho having seen his side concede nine goals in their opening four Premier League fixtures.

John Terry was surprisingly subbed during Chelsea’s 3-0 loss to Man City and sat out the club’s recent home defeat with Crystal Palace whilst Gary Cahill has also found himself warming the bench.

Chelsea are expected to sign Nantes defender Papy Djilobodji today though one wonders if the Senegal international would offer a stern test to those already in Mourinho’s squad.

Kostas Manolas left Olympiakos to move to the Italian capital last summer and made 40 starts in all competitions and is a player Stadio Olimpico boss Rudi Garcia would be loathe to lose, not least as AS Roma would be unable to bring in a replacement as Italian sides are now no longer able to purchase players in the summer transfer window.