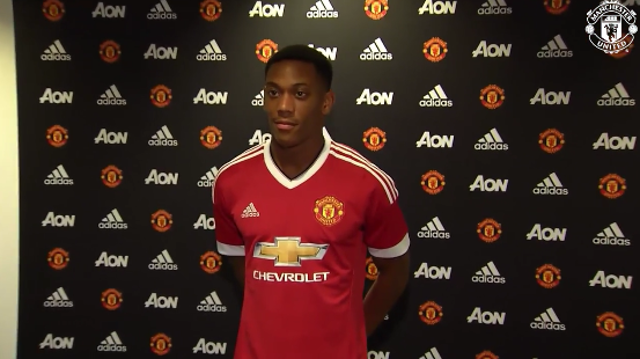 Gary Neville has taken to Twitter to back Anthony Martial’s move to Manchester United, while admitting that the transfer fee is considerable.

The French forward moved to Old Trafford on deadline day, costing an eye-watering £58 million according to the Daily Mail.

The deal was confirmed by United on their official Twitter account, with the 19-year-old becoming both the most expensive teenager and the most expensive French player in history when he completed the switch to the Premier League.

#mufc is pleased to announce French forward @AnthonyMartial has completed his transfer from Monaco. #WelcomeMartial pic.twitter.com/Eohl6tMOOz

The fee is an astronomical one for a player who has only one full season of league action under his belt, who is yet to ever score double figures in a league campaign and who is yet to make his international debut.

It was a fact acknowledged by United great and Sky Sports pundit Gary Neville, writing on his official Twitter account. The former right-back expressed some tactic optimism that, despite the burden of the fee, Martial could go onto be a success at Old Trafford.

The price for Martial is big. However it's not the boys fault and I happen to think he's a very good player. Needs a chance. He's young