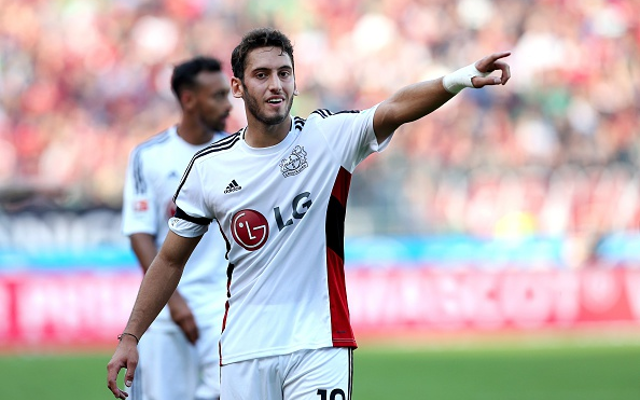 Red Devils eye one of the most exciting young midfielders in Europe.

Beyaz TV claims the Red Devils are keeping an eye on the Turkish international’s situation, and that a big-money move could still be possible as Louis van Gaal eyes additions in the middle of the park.

Bastian Schweinsteiger has not impressed so far, and Calhanoglu could be a fine alternative with some immense potential and incredible technique that has seen him established as one of Europe’s finest set-piece specialists.

The likes of Arsenal, Liverpool and Manchester City have been linked with the 21-year-old in the past, but Old Trafford now seems his likeliest destination.