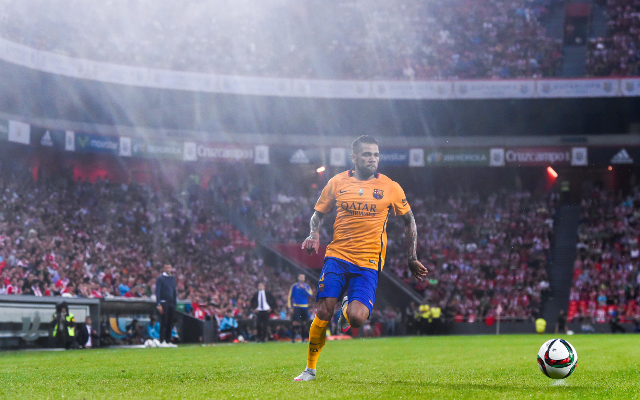 Although the Red Devils missed out on the Brazilian defender this summer as he signed a new contract at the Nou Camp, it seems a deal may not be out of reach in the winter.

Barca signed Aleix Vidal from Sevilla earlier in this transfer window, with the club seemingly preparing for Alves’ departure to Old Trafford, and the Spaniard could become first choice once their transfer ban ends.

Pettigrove claims Alves is a player Louis van Gaal has targeted for some time who would be perfect for his current system, with current right-back Matteo Darmian perhaps more suited to playing in midfield.