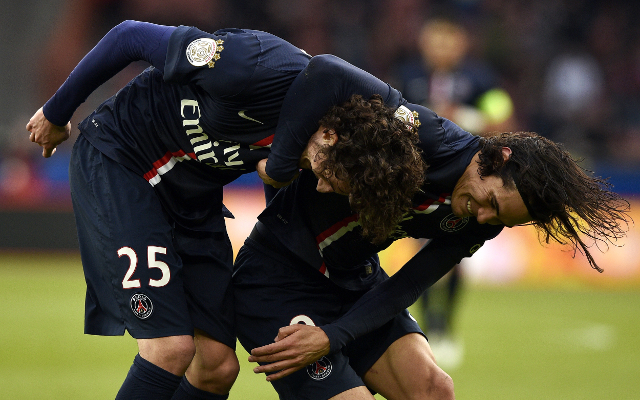 Arsenal are eyeing a double swoop for Paris Saint-Germain pair Edinson Cavani and Adrien Rabiot on transfer deadline day, according to reports in Mail Sport.

The Gunners have been relatively quiet in their summer activity thus far as Petr Cech has been the only addition to the first-team squad at the Emirates Stadium, but it appears manager Arsene Wenger is ready to dip into the market once again before the window closes on Tuesday evening.

After seeing his side struggle for goals at the start of the new season, the Frenchman is hoping to strengthen his attacking options with the signing of Cavani, who scored twice for PSG in their 3-0 win over AS Monaco at the weekend.

The 28-year-old was in brilliant form last season and has not given any indication that he wants to leave the Parc des Princes stadium, however, he could be enticed by the promise of playing in his favoured centre-forward role this year.

The report also states the FA Cup holders have held talks with Cavani as well as his teammate Rabiot as Wenger looks to provide adequate cover for Francis Coquelin in the defensive midfield department.