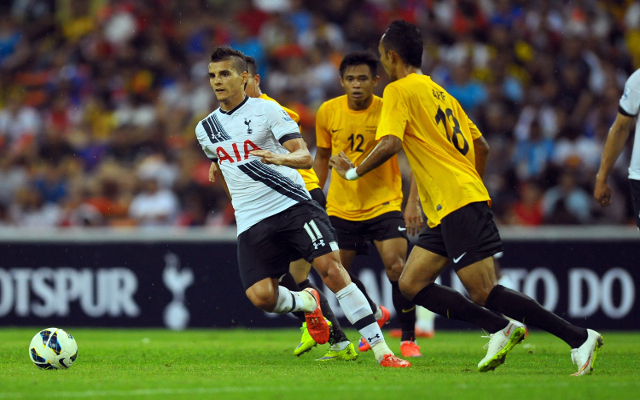 The Toffees are seemingly keen on the Argentine international despite his poor showing since moving to White Hart Lane for a Tottenham club record fee of £30m (via the Daily Mail).

Lamela has scored just two goals in 38 Premier League appearances and hasn’t offered much by way of creative endeavour either. As such it’s perhaps surprising that Goodison Park boss Roberto Martinez would take an interest in the former AS Roma man.

Everton slumped to their first bottom half finish in the Premier League since 2006 last term, where their Europa League exertions negatively impacted on their domestic form, but Martinez has managed to hang on to his best talents and has invested in his squad.

Chelsea have made repeated moved for centre-back John Stones (via Mirror) and the only players of note to depart were defenders Antolín Alcaraz and Sylvain Distin.

Martinez perhaps believes that the addition of versatile forward Lamela could help provide a fresh threat in the final third.

The possible sale of Lamela would potentially represent the departure of another of Tottenham’s big money signings of the summer of 2013, brought in using funds from the sale of Gareth Bale to Real Madrid, with Etienne Capoue, Roberto Soldado, Vlad Chiriches and Paulinho having all left in recent weeks.