One of the deadline-day deals that went somewhat under the radar was Aaron Lennon’s transfer from Tottenham Hotspur to Everton.

The 28-year-old, who spent the second half of last season on loan at Goodison Park, returned to Merseyside for an undisclosed fee, signing a three-year contract [as per BBC Sport].

Coverage of the move has largely focused on both Lennon’s laughably joyous reaction at having signed for the Blues—see the comparison presented by the Mirror—and what he can bring to the Toffees’ attack this season.

Roberto Martinez certainly feels that the winger can be a key figure as his side look to push on after a disappointing 2014-15 campaign.

“He had a major role in the second half of our season and we’re looking forward to Aaron kicking on and continuing to enjoy his football, as well as being the productive player we know he can be,” the Spaniard began, as reported by BBC Sport.

“He is well-respected in the dressing room, his experience in the Premier League is immense and he will immediately add to our squad and to the ambition we have as a club.”

What has been somewhat overlooked, however, is what the player’s departure means for the club he’s leaving behind.

Recently, Lennon simply hasn’t been relevant at White Hart Lane, and has been at best a peripheral figure under Mauricio Pochettino.

However, he leaves as the club’s longest-serving player, having joined the club a decade ago and worked under six permanent coaches, as well as caretaker pair Alex Inglethorpe and Clive Allen.

Lennon outlasted Martin Jol, Juande Ramos, Harry Redknapp, Andre Villas-Boas and Tim Sherwood, before being sent on his way by the Argentine coach.

Following Younes Kaboul’s departure to Sunderland earlier in the summer window [The Guardian], Lennon was the last remaining figure from the Tottenham team that won the 2008 Carling Cup Final, beating Chelsea at Wembley Stadium in extra time.

While this was his only silverware at the club, he will perhaps best be remembered at Tottenham both for the early promise of his career, and the role he played in Harry Redknapp’s swashbuckling side. 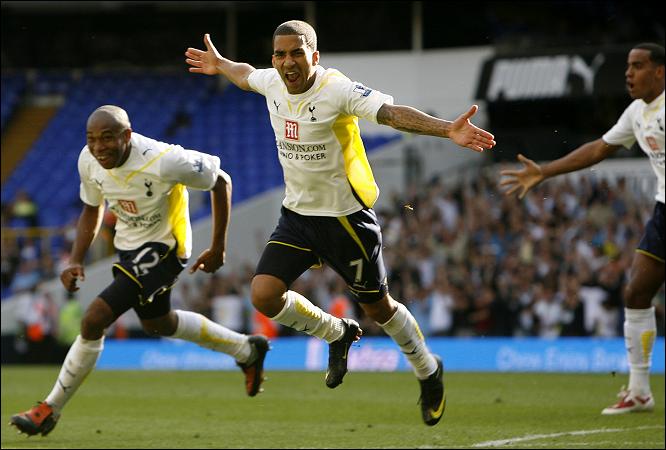 The winger secured an unlikely place in the England squad for the 2006 World Cup, and impressed with a series of sprightly displays on the right flank.

Mark Lawrenson, writing for the Mirror after the tournament, rated Lennon’s tournament as a 7/10, and had the following to say about the former Leeds United winger: “One for the future but will have to expand his game to stand a chance of starting games regularly for England.”

The words stand as something of a sad epitaph to Lennon’s career—both with the national side and with Spurs.

The one-dimensional nature of his wing-play—where dribbling and pace rarely truly compensated wholly for a lack of end product—plagued him throughout his Spurs career, and he never established himself in England’s starting XI, despite being a regular squad member under Fabio Capello.

During Lennon’s heyday, he also represented a Spurs side packed with bright players jostling for places in the England squad.

Of the winger’s many teammates, the likes of Ledley King, Michael Dawson, Jermain Defoe, Tom Huddlestone, Peter Crouch, Darren Bent, Kyle Walker, Jermaine Jenas, Jonathan Woodgate, Michael Carrick, Paul Robinson and David Bentley are just some of the players brought in or (in the case of King) produced by Spurs who won senior international honours during their time with the club.

Today, Walker is joined only by Harry Kane, Andros Townsend and Ryan Mason as England internationals at Tottenham.

The complexion of the side, of the squad, perhaps even of the club has changed, and Lennon, that one remaining link to the nervous optimism of the last decade, has finally severed the last tie that remained with Ramos’s 2008 Carling Cup winners…and Tottenham’s last triumph.