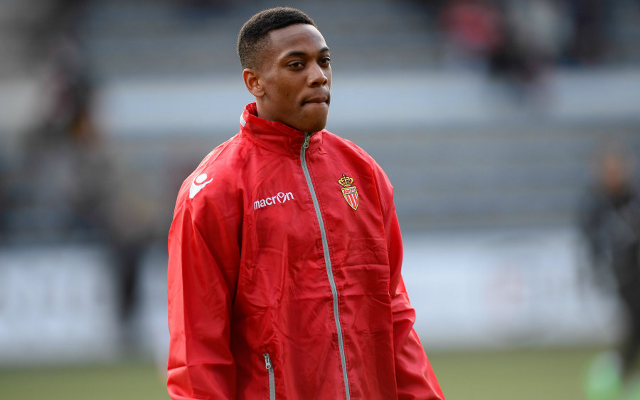 New Manchester United signing Anthony Martial has admitted that his family have concerns over his move, reports the Daily Express.

The 19-year-old has joined the Premier League side from AS Monaco for an initial £36 million, which could rise to £58 million with add ons. This has made him the most expensive teenager ever, and piled pressure on to his young shoulders.

However, the former Lyon man doesn’t seem to be letting it affect him: “My family were definitely a bit nervous because of my high price but I’m going to stay focused on my work. I don’t worry about the sums. The price is between the two clubs and I’m going there for the football side.

“I don’t see myself as being under any pressure. Since I was young, people have told me I have the right characteristics to play in England.”

He scored just ten goals in 44 appearances last season for the principality-based side. The France Under 21s international will need improve his return in that regard almost immediately to justify the price Louis van Gaal has paid for his signature.

Moreover, the forward will have to compete with club captain Wayne Rooney to play as a central striker. The England international scored a hat trick against Club Brugge recently, and much was made of him playing as a striker again in the coming campaign when he first moved there.

Martial added on this situation, as well as the forward appearing to not know who he was: “He (van Gaal) asked me my preferred position – I’d prefer to play in the centre. He told me I could play in a number of positions. It’s the coach who decides but whatever position I’ll do the best I can.

“It’s normal that Wayne Rooney doesn’t know me. I’ve played a lot in Ligue 1 but I’m happy to go there. He’s a big player and next to him I’ll improve my game a lot.”