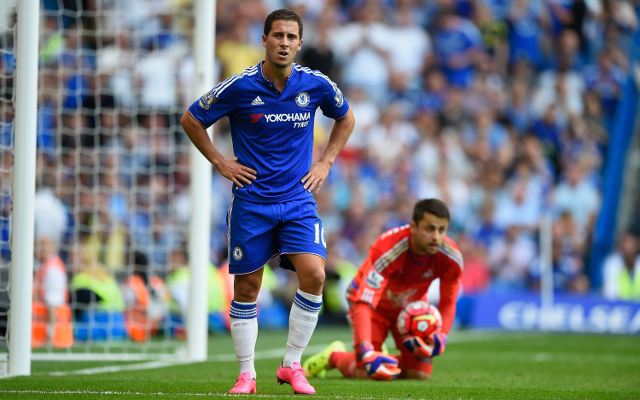 Chelsea star Eden Hazard has admitted that he hasn’t been good enough in the Blues’ first four games of the season, reports the Daily Express.

The 24-year-old is yet to score, and has only managed one assist in the four Premier League games to date. This is in contrast to last time round, when he hit the back of the net 14 times and grabbed nine assists in 38 games.

“It’s obvious,” said Hazard, “You don’t need to know too much about football to compare what I did last season and what I did this season. I’m not as good.

“It’s more of a collective problem than an individual one. We’re professionals. We knew this season was going to be more difficult… but within the squad we have the quality to bounce back. Individually and collectively, we’re not up to scratch. Starting with me.

“We had a difficult month in August. I hope that the international break will allow me to rediscover my form.”

The Belgium international’s form has hindered the Stamford Bridge outfit as they look to defend their top flight title. The rest of the team has also playing poorly, and they have dropped eight points out of their first 12 on offer. Losses to Manchester City and West Brom, as well as a draw with Swansea City have contributed to this.

Manager Jose Mourinho will have to get his side back to their best after the international break if they are going to have any chance of challenging Man City for the league. With games a match away at Everton and at home to Arsenal straight up, they will certainly not be eased back in to action.