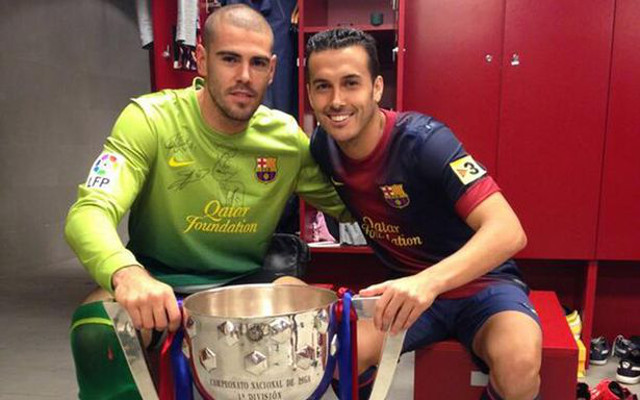 Pedro Rodriguez, signed from Barcelona by Chelsea in a £22m deal in the summer window, has been open in his confession that he snubbed interest from Manchester United, and has added further fuel to the fire by hitting out at Victor Valdes‘ treatment.

Louis van Gaal, the United manager, told reporters in the summer that Valdes had been made available in the summer market, claiming that the goalkeeper had refused to follow his philosophy.

And Pedro has voiced his disappointment at the treatment of his former Barca team-mate, but suggests that his mind was always set on Chelsea.

“It’s true that I don’t like that treatment for my colleagues, especially for Victor, who has been a reference as a team-mate and as a professional,” Pedro told Spanish newspaper Marca, as quoted by Sky Sports.

“I don’t believe it’s fair but it didn’t influence my decision [not to join Man Utd]. I just saw that Manchester didn’t take that move forward, that they were taking too long. Chelsea were more decisive.”

At the end of August, reports claimed that the Red Devils had agreed a deal for the Spaniard with Besiktas, yet the move later fell through and he will remain at Old Trafford.

He hasn’t been included in United’s Champions League squad, and could be set to spend the next few months in the stands before attempting to seal a transfer again in the January window.