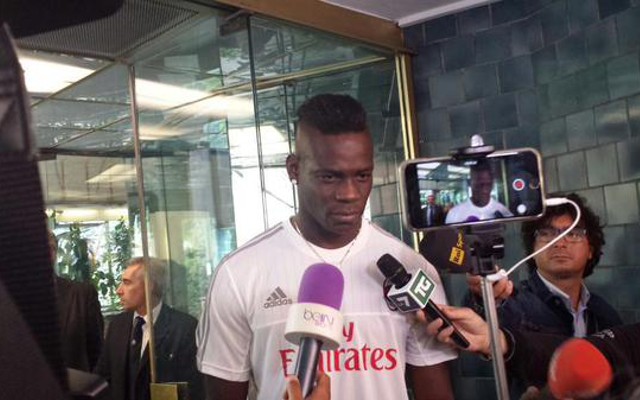 Mario Balotelli knows how to make friends, doesn’t he?

The Italy striker, having been axed from Liverpool after becoming one of Merseyside’s least popular personalities, the attacker has apparently now turned his ire…and his wit…to Spanish football.

The forward had the following to say about La Liga’s two biggest clubs: “Barcelona is the only club to have two stadiums, Camp Nou for matches and Bernabeu for training.”

For a man short on sympathy as it is, picking a fight with arguably the biggest club in the world, seemingly for no reason, would perhaps appear to be a short-sighted move!

The forward completed an exit from Liverpool in the summer, returning to Italian football, and previous club AC Milan, on a season-long loan.

The attacker managed only one league goal in English football last season, and wholly failed to fill the void left by Luis Suarez’s departure to Barcelona.

Balotelli will hope that a return to the Italian game can help reignite his flagging career. The forward was once the bright home of the Azzurri—and even starred at the 2012 European Championships—but has not been called up for the Italian national side since November 2014.

It remains to be seen whether the former Internazionale hitman can do enough over the coming season to secure a return to Antonio Conte’s plans in time for next summer’s international showpiece.