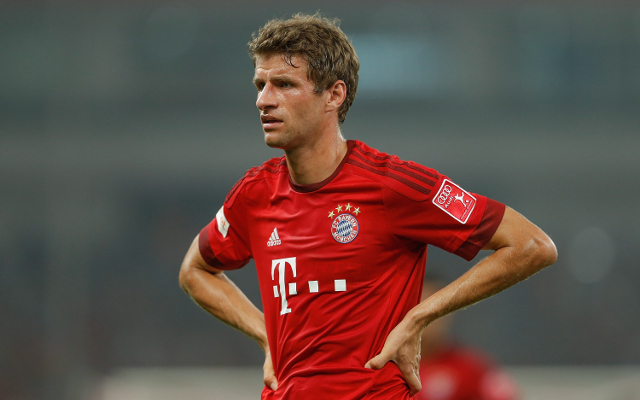 Bayern Munich president Karl-Heinz Rummenigge has revealed that he turned down a huge bid from Manchester United for forward Thomas Muller in the summer window.

The Red Devils had been linked with a move for the Germany international over the past few months with reports suggesting that they were willing to offer as much as £60m to secure his signature [Bild via talkSPORT].

Rummenigge has confirmed that United’s interest was real; revealing that had he been focused purely on Bayern’s finances, the bid would have been accepted, such was its extravagance.

However, he has promised supporters that the club’s stance on selling Muller remains the same: he is not available at any price.

“I’m talking about figures which were very high indeed. If I were a bank manager then I would have had to accept it. But as a football club we allowed ourselves to close the door on it, and this door is remaining closed. I can promise that to everybody,” he said, speaking to Suddeutsche Zeitung via the International Business Times.

With the Bundesliga giants therefore standing firm on their refusal to entertain offers for Muller, United appeared to suddenly turned their focus to clinching an unexpected £36m deal for Anthony Martial [via BBC Sport] – a rather unknown entity to Premier League supporters – from AS Monaco on deadline day.