Barcelona are already preparing plans for when their transfer ban ends in January, and could make a shock swoop for Arsenal winger Theo Walcott.

The Catalan giants are in need of replacements for new Chelsea signing Pedro, who left them in the summer without any chance for a new wide-player to come in immediately.

According to various reports, these are the players they are now looking at bringing in when they can finally sign players again: 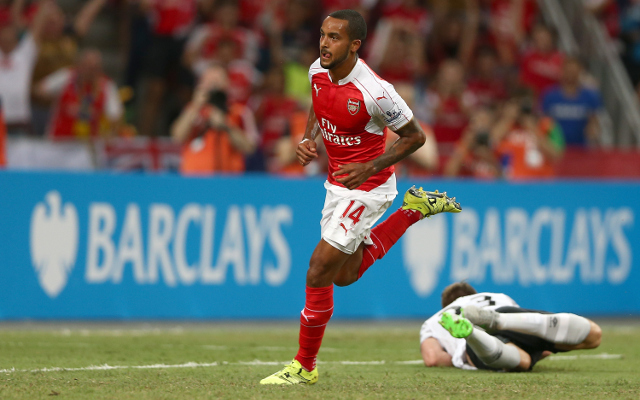 A surprise target, but Arsenal speedster Theo Walcott is one of the players on Barca’s shortlist of targets. The England international only recently signed a new contract with the Gunners, but isn’t always a regular so could be available for the right price.