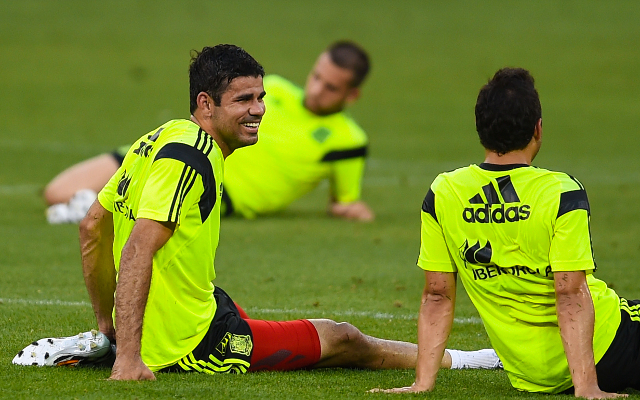 Ahead of their Group C clash against Slovakia in Oviedo tonight, Spain sit second in the table and face a side that has won their last nine internationals in succession.

Much will be expected of Costa, who is yet to transform his club form for both Atletico Madrid and Chelsea in recent seasons to the international stage and Cazorla is hoping to see the best from the Brazilian-born striker now that his injury problems are behind him:

“I speak to Diego a lot and he says he’s feeling great,” the Gunners star said [via Star Sport].

“On other occasions when he’s come to the Spain squad with injuries he has not been in his best physical condition.”

“Right now he feels good and he’s enthusiastic. He’s going to be a vital player and hopefully he can score lots of goals.”

The pair could line-up alongside each other as Cazorla will be hoping his performances for the Gunners will earn him a start in Vicente del Bosque starting XI and the 30-year-old has been speaking about playing in a more deeper midfield role for the national team:

“Personally, I’ve been playing all year in this position with Arsenal and I like it.”

“I got used to it quickly. In the last qualifying game I played alongside Busquets and I enjoyed playing there. The main thing though is give my all for the team no matter where I’m asked to play,” Cazorla added.