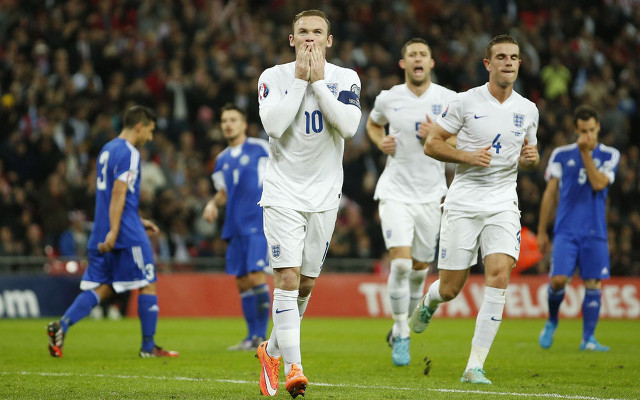 The England starting XI for their Euro 2016 qualifier against international minnows San Marino this evening has been announced.

News of the team was released via social media and there is a full debut for Leicester City striker Jamie Vardy as he is rewarded for an impressive start to the new Barclays Premier League season.

Another player who has caught the eye of manager Roy Hodsgon is Swansea City midfielder Jonjo Shelvey and he makes his first appearance for the Three Lions since 2012 against the same opposition at Wembley.

The former Liverpool star lines up alongside Ross Barkley and James Milner in the engine room as the national side are without the likes of Jack Wilshere and Jordan Henderson through injury.

As Expected captain Wayne Rooney starts as the centre-forward and he will he looking to become England’s record goalscorer with at least a brace in Seravalle.

Take a look at the team in full: