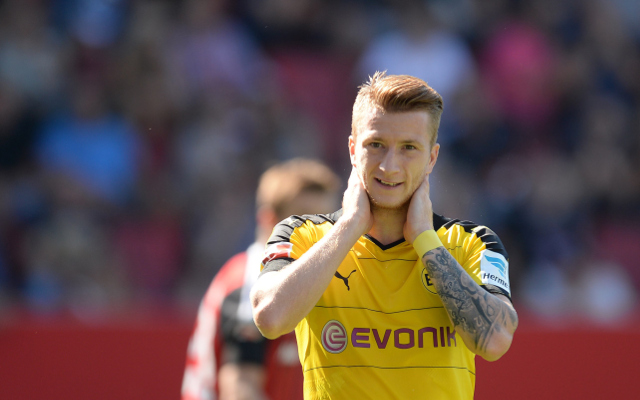 Manchester United and Arsenal have been joined by Real Madrid in the race to sign Borussia Dortmund ace Marco Reus, reports the Daily Express.

Los Merengues are interested in the 26-year-old after missing out on David De Gea this summer. After missing out on their main target this time round, they are willing to do everything to make sure the BVB star moves to the Bernabeu.

The Red Devils and the Gunners won’t be happy that Los Blancos have joined the race. The former apparently made an attempt to bring the Germany international to Old Trafford as part of the deal which saw Adnan Januzaj go on loan to the Bundesliga outfit. Although they weren’t successful then, it could be that Louis van Gaal intends to make another effort to bring him to the Premier League.

Last season Reus managed seven goals and five assists in 20 league appearances in an injury-hit campaign. However, he was more impressive when he was unaffected by fitness problems in the 2013-14 season. That time round the forward managed 16 goals and 13 assists in 30 Bundesliga matches.