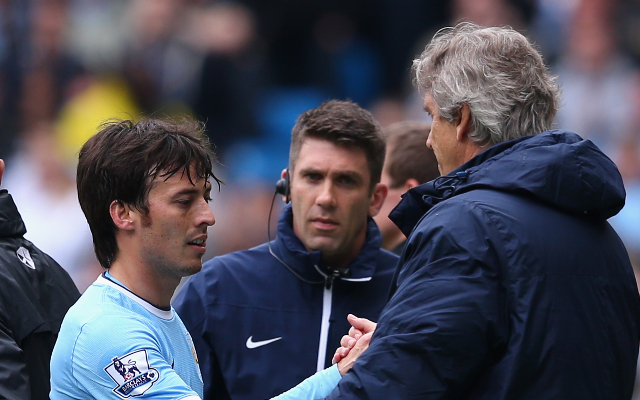 David Silva has been in sensational form for Manchester City since the start of the new Barclays Premier League season, but he could have missed out on a move to England if his current manager Manuel Pellegrini had his way six years ago.

According to reports in the Manchester Evening News, Pellegrini, who was the manager of Liga BBVA giants Real Madrid in the summer of 2009, was interested in bringing attacking midfielder to the Santiago Bernabeu, however, the club opted to sign Brazilian superstar Kaka instead.

In the Chilean’s biography, it’s revealed that he advised Madrid president Florentino Perez against signing Kaka because of his injury problems and was keen to push through a deal for the Silva, who was plying his trade in Spain with Valencia at the time.

Perez went against Pellegrini’s advice and Silva made the switch to the Etihad Stadium for a reported £26million fee in the following summer and was eventually united with Pellegrini in 2013.