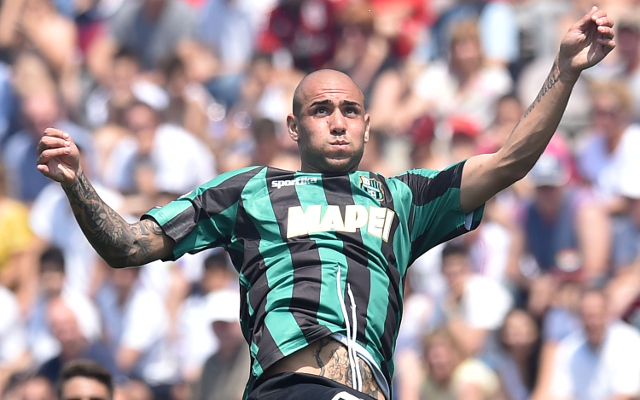 Arsenal are preparing to table an offer of €30m (£22m) to secure the signature of Simone Zaza from Juventus in the January transfer window.

Despite having been signed by Juve in the summer for €18m, the Italy international could find playing time considerably limited with the Serie A giants, as he may find himself sitting behind the likes of Alvaro Morata, Paulo Dybala and Mario Mandzukic in the pecking order up front.

Reports in Italy [via the Daily Mirror] claim that Arsenal want to take advantage of Zaza’s potential situation, and the forward could be top of the Gunners’ winter wish list, as they are rumoured to be setting aside €30m to prise him away from Turin.

As the British newspaper state, Zaza could be forced to consider his options in a few months’ time given that his place in Italy’s Euro 2016 squad could be at stake if his playing time dwindles before the tournament next year.

Arsene Wenger, the Arsenal manager, has been lambasted for his lack of activity in the summer market [Daily Star], with Petr Cech the Frenchman’s only arrival, and he could face intense scrutiny from the Gunners faithful if his side fail to perform in the Premier League over the next few months.

Their attack is a significant concern following the news that Danny Welbeck, who has been out of action since suffering knee damage in April, will remain sidelined until Christmas having undergone surgery on the injury [via BBC Sport].

With the extent of his injury having been known for some time, it would surprise few that a number of fans may now be furious that another striker was not signed, with Olivier Giroud remaining their solitary senior centre-forward.