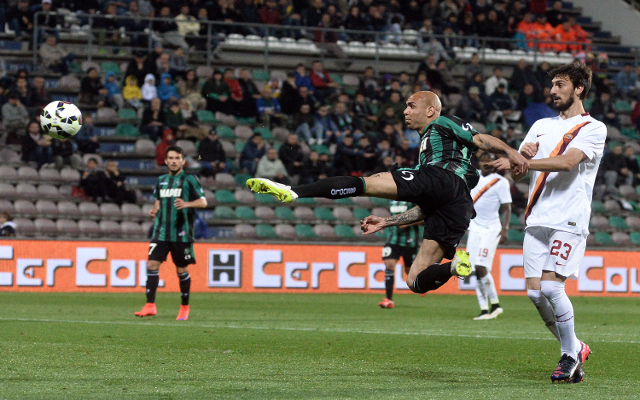 Arsenal are readying a £22m bid for Juventus forward Simone Zaza, according to the Daily Telegraph.

Arsene Wenger made just one high-profile summer signing, that in the form of Czech Republic keeper Petr Cech, and will have to hope his side are still capable of mounting a genuine push for major honours without significant out-field recruits.

Arsenal have scored just three times in their opening four Premier League fixtures, and two of them came from own goals, and Wenger will have to rely upon French forward Olivier Giroud as his first-choice central striking weapon with support coming from England duo Theo Walcott and Danny Welbeck.

Giroud’s return of 59 goals in 138 Arsenal appearance is hardly prolific and Walcott continues to look far better suited to a role out wide whilst Welbeck is yet to make an impact at the Emirates Stadium following his move from Man United a year ago. The forward’s latest injury setback will already keep him out of contention until after Christmas.

An offer of £22m for 24-year-old Italian Simone Zaza seems fairly steep given Juventus paid €18m (£13m) to Sassuolo just two months ago (via Official Juventus website) and thus far the striker has been an unused sub in the Turin side’s opening two Serie A fixtures.

Whilst Arsenal could well do with boosting their attack, one wonders if Zaza would offer Wenger an improvement on the options he currently has to hand.