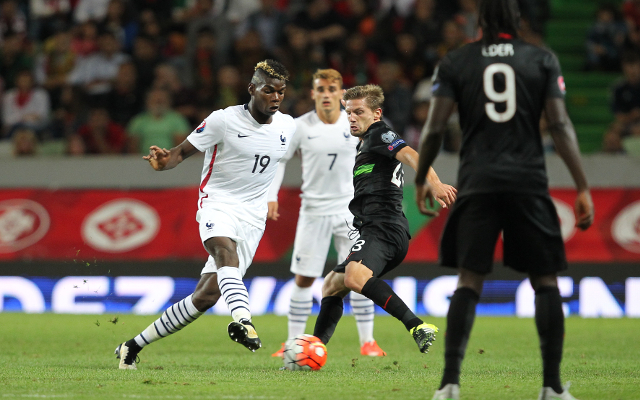 Man City are ready to battle Chelsea in pursuit of Juventus star Paul Pogba according to Tribalfootball.

The 22-year-old French international is ready to push for a move away from the Turin side he joined in 2012 and thought it may take an offer of as much as £100m it’s clear that both Premier League sides have the financial backing to make just such a bid.

Pogba has helped Juventus to three successive Serie A titles in his time at the club but the former Man United man is seemingly ready to move to pastures new.

It is arguably Chelsea who are in more need of a player of Paul Pogba’s obvious qualities as current central midfield pair Cesc Fabregas and Nemanja Matic have both started the current season poorly.

Man City forked out over £100m to bring in attackers Kevin de Bruyne and Raheem Sterling and Manuel Pellegrini has a number of strong rangy midfielders in his pack, including Yaya Toure and Fernandinho.