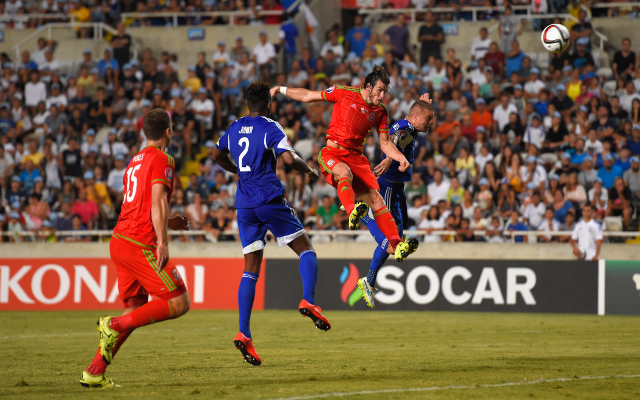 Man United have made Real Madrid star Gareth Bale their top transfer priority and will look to put in the ground work ahead of a move for the Welsh international next year according to the Daily Mirror.

The 26-year-old Bernabeu star has started the season brightly, netting twice in Real Madrid’s 5-0 win over Real Betis, and will be looking to put last season’s failures behind him.

Gareth Bale made an instant impact following his move to the Spanish capital in September 2013, netting 22 goals in all competitions, helping Carlo Ancelotti’s side to both the Copa del Rey and a Champions League triumph.

However, last season Real Madrid lost both crowns and moved no nearer to a La Liga title. This led to Gareth Bale becoming something of a scapegoat for the club’s struggles [BBC] and ultimately cost Ancelotti his job.

Now the Daily Mirror claims that Man United are planning a 12-month ‘charm offensive’ in order to lure Gareth Bale back to the Premier League next summer.

Man United boss Louis van Gaal could well do with fresh options in the final third and may see Gareth Bale as a long-term solution that could help spark his side’s push for major honours but will have to rely upon his current complement of attackers for the time being.